Why talk about creativity when you want innovation?

At the end of the third part, I will summarize some arguments for the thesis that innovation needs more pragmatism and systematics and will give you an overview of the key learnings.

We interviewed Eric von Hippel and Sandro Kaulartz on their new approach to innovation using artificial intelligence and user innovations. Here you can watch the summary of the video (12:35).

Systematics: The appropriate way to bring forth innovation

If systematics, as claimed at the beginning, is to be an alternative to the creative process, then systematics as an approach to innovation must be capable of producing innovations. This is precisely what is doubted when it is claimed that every restriction, including systematics, prevents genuine innovation.

Brinkmann refutes the thesis that systematics, i.e. a repeatable procedure, constricts and nothing new can emerge from it. In his habilitation on the topic of practice, he shows that repetitive practice opens creative freedom. These margins of freedom can give rise to something new [8, p. 244ff]. Using theories and examples of the experience of time, he demonstrates that repetition never occurs as a „return of the same.“ Instead, it always occurs in „analogically mediated shadowing“ [8, p. 272]. According to Brinkmann, it is precisely in the unavoidable variation during repetition that an essential approach to cognition lies. For the analysis of the deviation is based on what is known, which makes understanding possible in the first place. Thus, the repetitive procedure loses its purely repetitive character and becomes a creative act [8, p. 25f].

The non-radical innovation does not need creativity

When innovation is referred to in current literature, it is usually in terms of significant and radical innovations. Even standard works on innovation management argue in this way [19, p. 22]. It is undisputed that radical innovations are associated with great imponderables and disruptions for a company [19, p. 16]. In the author’s opinion, this form of innovation should not and cannot be the rule. The fundamentally necessary efficiency in a company shown at the beginning is only achieved with time. Profits are often only realized through efficiency. It follows that a minimum period of efficient production is necessary in order to have sufficient capital to finance major innovations. Firms will seek a portfolio of innovations of varying radicality to balance risks against each other. Thus, the entire organization is not challenged with every innovation. Rather, the usual case of innovation is incremental innovation. The disruptive element of creativity does not play a role. Since the great strength of creativity, so-called „out-of-the-box“ thinking, is not needed for rule innovation, systematic methods can be used.

Systematic methods use prior knowledge

Systematic methods for innovation identification work with known knowledge or heurisms and rely on repeatable procedures. Examples of such methods are the ‚Theory of Inventive Problem Solving‘ (TRIZ), the ‚Contradiction-Oriented Innovation Strategy‘ (WOIS) or ‚Requirements Guided Innovation‘ (RGI). What they have in common is a structured approach that converges on the result.

This makes them more efficient than creative-intuitive methods. The knowledge that a company has acquired over years is then ignored. The consequence of this low starting level is that the „wheel is often reinvented“ in so-called innovation workshops. Only rarely radical ideas emerge. Participants tend to move primarily in familiar lines of thought [30, p. 173f; 7, p. 143]. In general, they prefer consonant information, i.e., information that conforms to the conventions of their environment. The behavior of avoiding dissonant information is even more pronounced [7, p. 172f]. Therefore, it is not surprising that participants remain in their comfort zone. This is favored by fun and games, which are the focus of creativity. The prohibition of criticism also prevents constructive limits from being set.

Successful new products do not necessarily break with all traditions. This is shown by a look at patent analyses or at current „innovations“. On the contrary – they show that up to 99% of all patents are a recombination of known solutions or carry-over solutions from other fields [1, p. 77; 2, pp. 16-26]. The success of these products of medium innovativeness can be explained by the fact that novelty follows a U-function in relation to success. Too much novelty quickly slides into the bizarre or incomprehensible. Too little is simply boring [7, p. 63]. 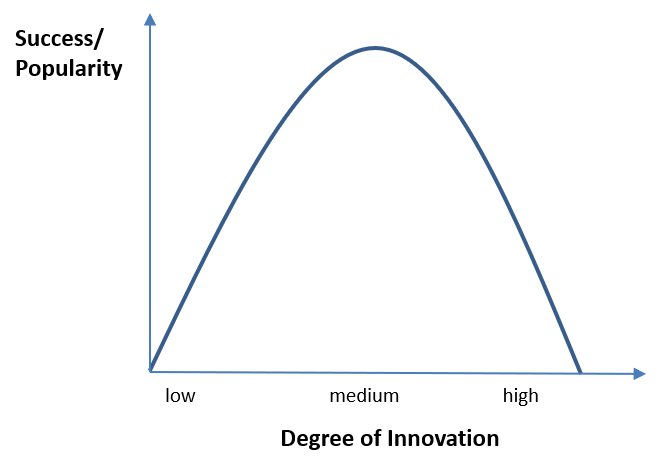 Figure 1: Level of innovation of products in relation to their success/popularity (own representation according to Brander)

This effect is known from the psychology of learning. People think in categories and operate with prior knowledge when they discover or learn something new. New is a relational concept that reveals itself with reference to what is already known. Radically new things that cannot be categorized remain incomprehensible and are disregarded [7, p. 262ff]. Even if new things only appear in the context of previous knowledge, it remains a laborious way to acquire them. It must be prepared out of the known as something still unknown. The leeway that the systematics keeps open is perfectly sufficient for normal „99% innovation“. 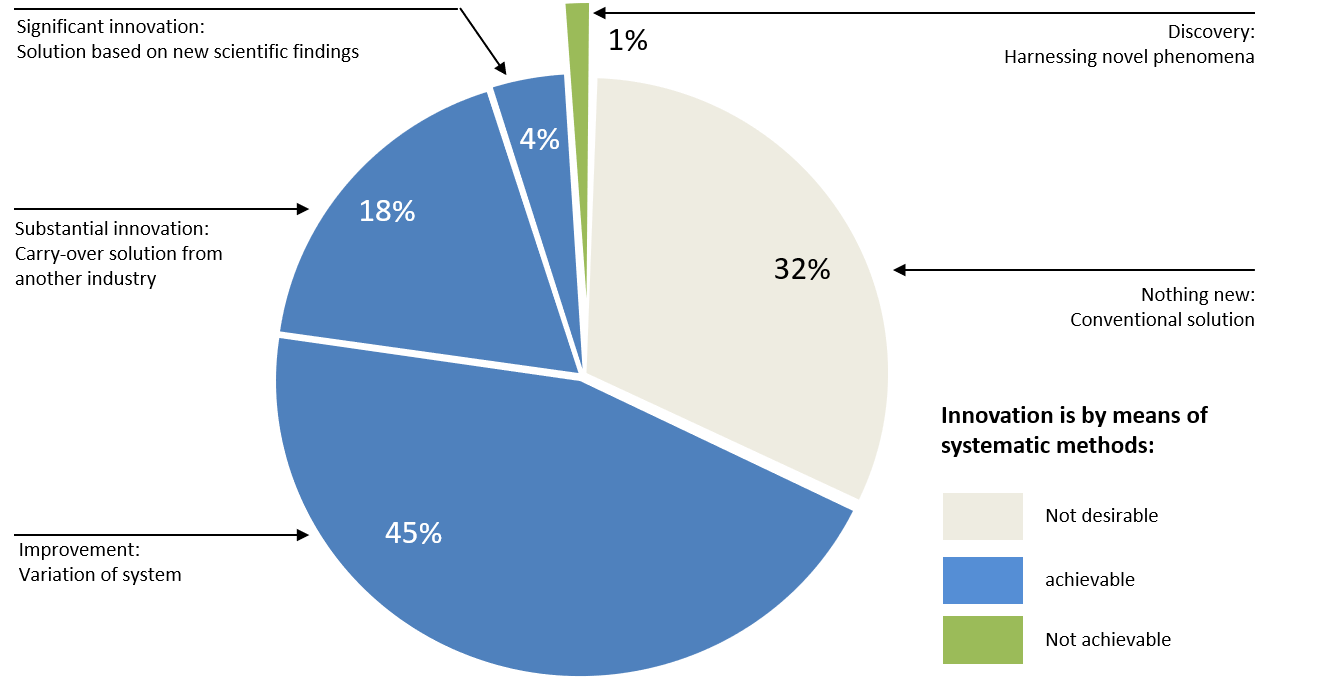 Figure 2: 99% of all innovations are based on existing knowledge (according to Altshuller)

A look at many current products shows: They are created thanks to systematic innovation and yet are by no means ‚uninnovative‘ . The Apple iPhone has fundamentally changed the market for cell phones. Nevertheless, it is one of the products that have solely combined the familiar in a new way. It uses the operating concept of Mac computers, adopts functions from other smartphones and hardware from regular providers.

Another example is Froop from Müllermilch. It is a very successful product of the company that offers well-known ingredients in a new combination or concentration. This product is completely planned and systematically created [11, p. 33]. Even Einstein with his special theory of relativity ‚merely‘ took up known theory fragments and reunited them in a meta-theory. He recognized this himself and wrote in a letter to his friend and biographer Carl Seelig in 1955: „It is doubtless that the special theory of relativity, if we look back at its development, was ripe for discovery in 1905“ [5, p. 193].

Unjustly, systematics in the field of innovation leads a niche existence in the literature. The author considers systematics not only a viable alternative, but also an attractive one. It is attractive in terms of its efficiency in finding innovations and in terms of its suitability for innovations in potentially large market segments. Relying only on creativity is not very professional and is often counterproductive. This does not mean that creativity is unimportant. It just requires leadership and must be embedded in routines. This task is the responsibility of innovation management. If no fundamental renewal of the company is sought through radical innovation, innovation should be approached systematically and thus pragmatically.

Systematic approaches may not match the dazzling image of creativity, but they can produce significant innovations and thereby reward one with significantly higher innovation productivity. Moreover, they should also significantly reduce the high rate of failed innovation projects. This does not imply that creativity should not be encouraged because promoting creativity in companies has a holistic effect. As a side effect, it creates a positive working atmosphere and promotes the will to accept new things. Since it only works indirectly and does not produce any specific output, it remains a tool to be used consciously and is not a silver bullet.

Do you want to know more about innovation? Then watch the video interview with Eric von Hippel and Sandro Kaulartz on their new approach to innovation using artificial intelligence and user innovations (12:35). Link to the video summary

Here you can watch the summary of the video interview with Eric von Hippel and Sandro Kaulartz on YouTube.