Calculation of the future behavior of COVID-19 using past data Figures 1 and 2 show logarithmic visualisations of the daily reported and the accumulated COVID-19 cases displayed versus the reporting date. Figure 1 shows the reported COVID-19 cases and deaths against the reporting date. From the March 19th onwards, it can be seen that the growth of newly reported cases decreases, which repeats after March 29th, which is a clear indicator for the success of the contact prohibition as we already mentioned in our latest article.

Figure 2 shows the accumulated cases against their respective reporting dates. Here, too, a bending of the curve can be seen from March 19th and again from March 29th onwards. This also coincides with the three fitted exponential curves (note again the logarithmic scale, figure 3 presents the same graph using linear scale), which intersect each other on March 19th and March 28th. The doubling time has increased to τ2 = 10.622 days (β = 0.065 days-1) at the transition from the grey to the green curve, which means that it takes about 10 days for the number of reported infections to double. The target doubling time required from the government and the Robert Koch Institute shall be about 13-14 days. For the reasons see the model calculations below.

As an extension of the SI model, the SIR model is used, which takes into account the persons removed from the system (by immunity or death). In Figure 5 the model with the three doubling times from Figure 2 was calculated. You can see the susceptible (grey), infected (blue) and already immune persons (green) for the three scenarios. Interesting results of this model are that for each scenario there is a maximum in the curve of infected persons. In addition, this model shows how high the target immunity of the society (in this idealized case) will be. For example, if the disease spreads rapidly, an immunity of almost 100% is achieved, whereas at the current rate of spread we can probably expect an immunity of less than 50% of the population. As a consequence, the current situation will most likely repeat itself with a new wave of COVID-19, if no vaccine is available by then. Flattening the infection curve therefore has its price: we gain time for research but have to live longer with the current restrictions. If we look at the current doubling time of about 10 days, we can expect the maximum number of infections of about 2.5 million patients in about one year.

Models are based on simplifications and idealizations. No computer has the computing capacity to calculate a real system. Of course, it is also just as impossible to capture all influencing variables at a certain point in time. Therefore, a model also describes an idealized system which, in the best case, approximates reality. Nevertheless, deviations and completely different outcomes are possible in such complex systems as pandemics (a good example of such unexpected behaviors is weather forecasting). In order to stay as close as possible to reality, models must be repeatedly calculated with updated parameters (weather models are calculated several times a day). And last but not least, a model is only as good as the previously determined parameters. If the data source is insufficient, even the best model cannot provide a good forecast. See also our analysis of data sources in the previous article. 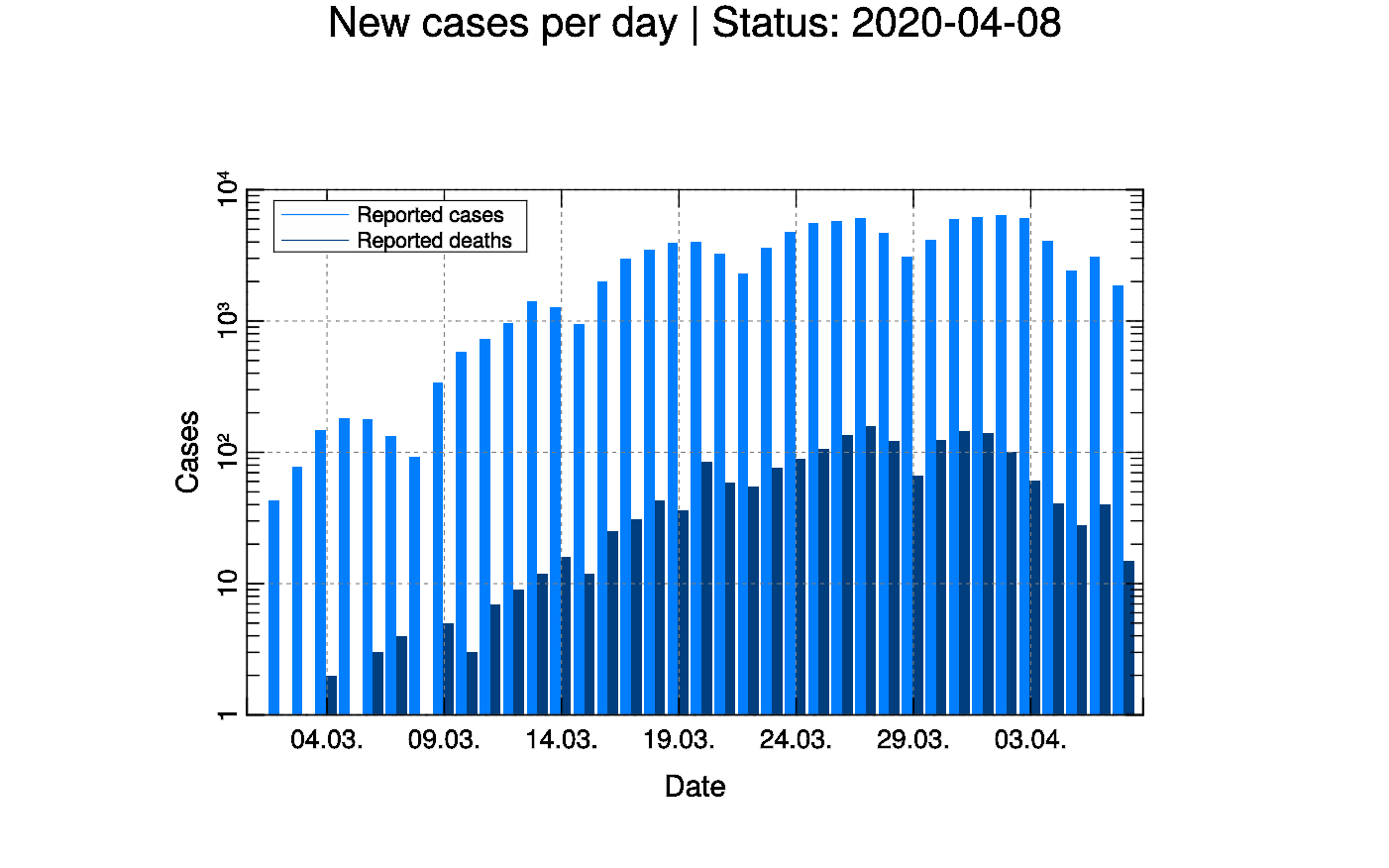 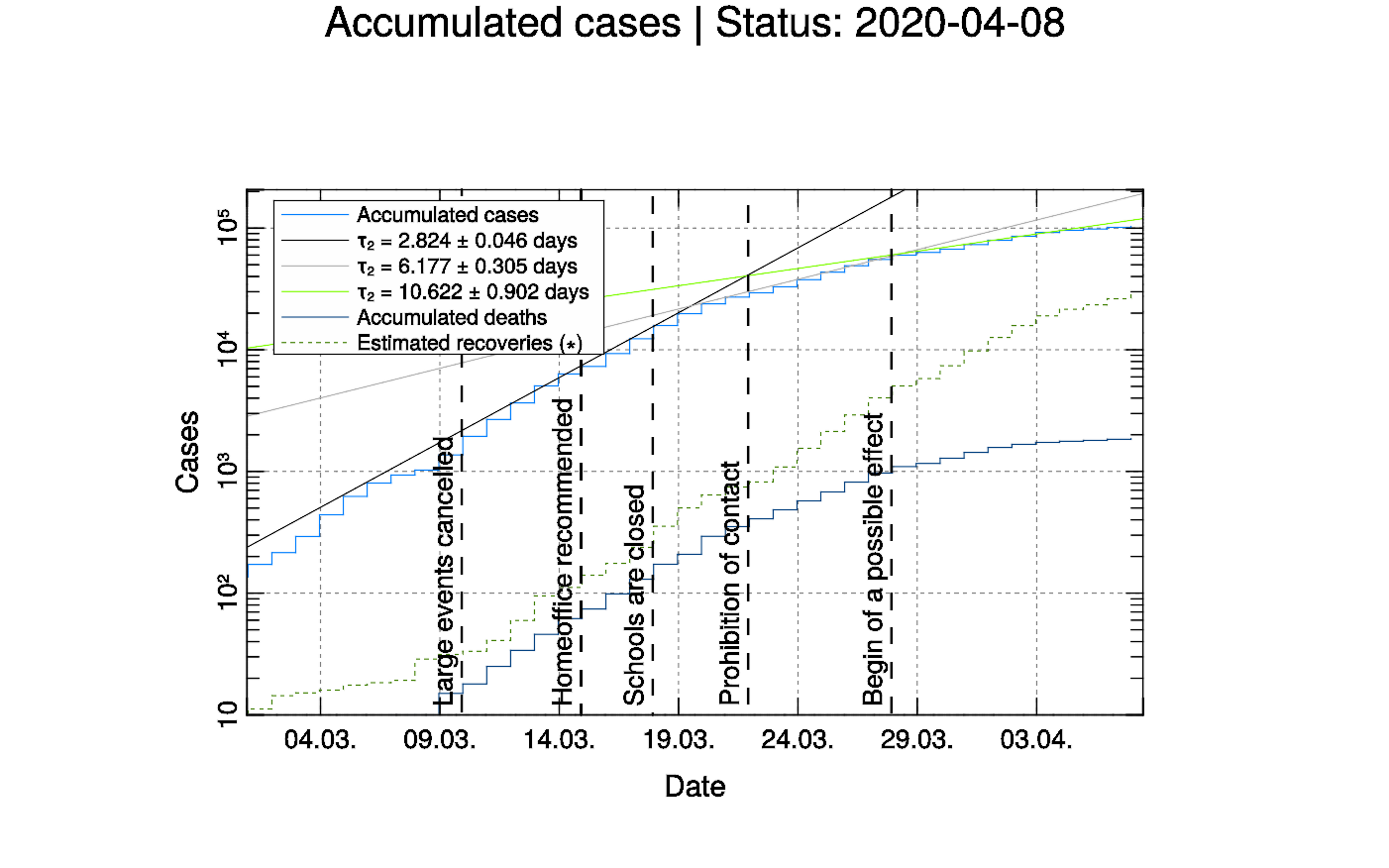 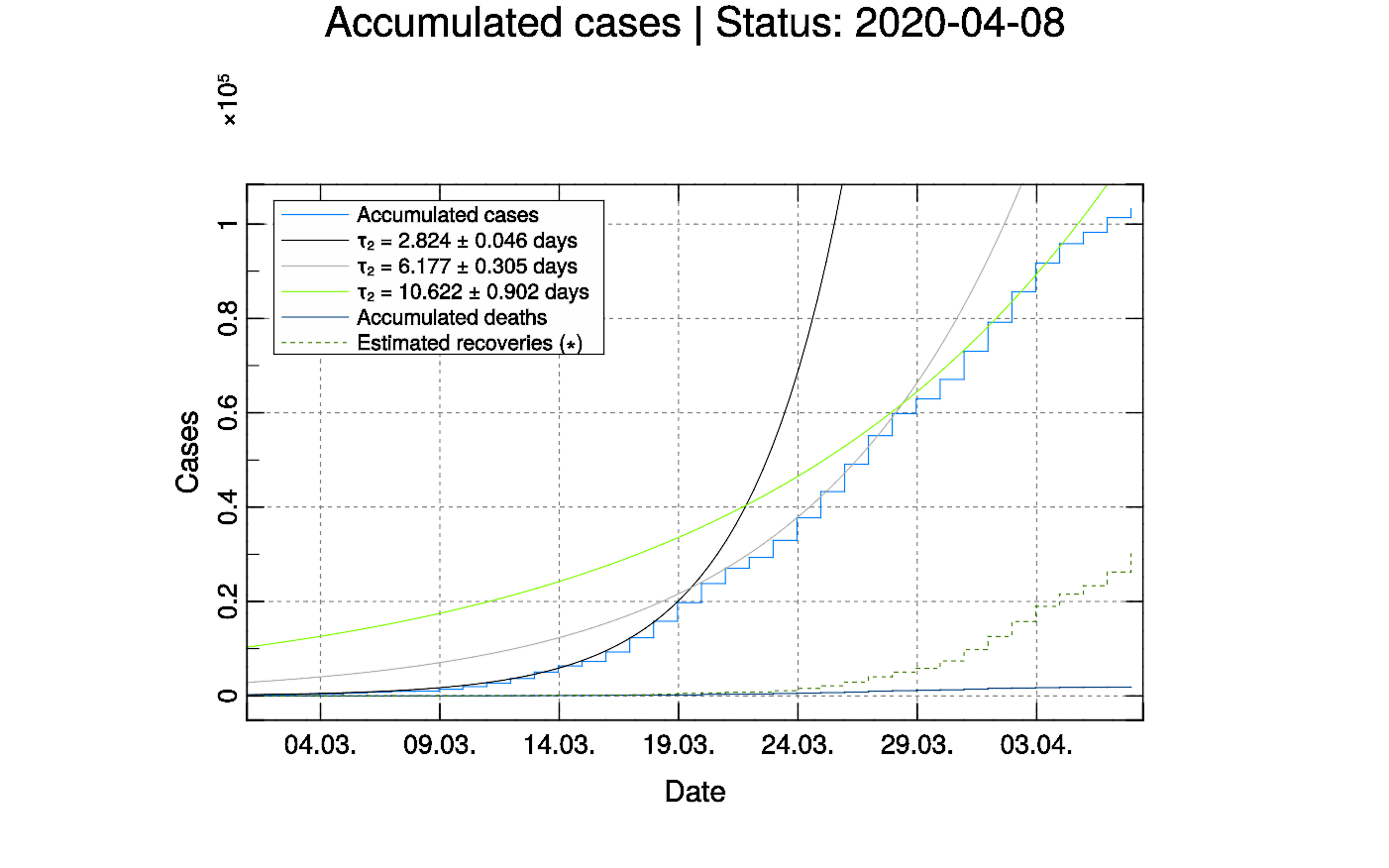 Figure 4: Forecasts of the future behavior using the most simple SI model [11] (susceptible-infected model) with the findings from the current data. The different linesizes represent the three doubling times from figure 2 (thin to thick). This model visualizes the number of infected people of a population. It does not consider deaths or recoveries (i.e. recovery time is far longer than the spread of the infection). Figure 5: Forecasts of the future behavior using the SIR model [12] (susceptible-infected-removed model) with the findings from the current data. The different linesizes represent the three doubling times from figure 2 (thin to thick). The different quantities represent the Susceptible, the Infected and the Removed (i.e. immune or died) population in the three scenarios.